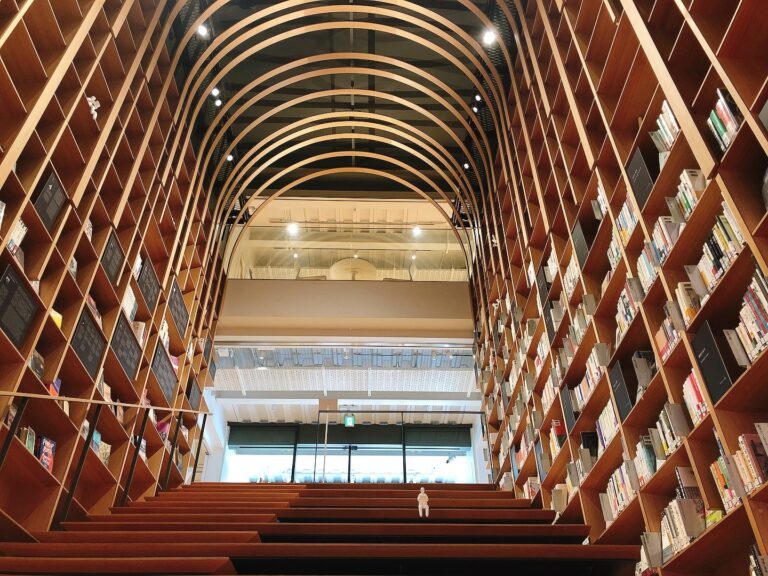 Finally, Haruki Murakami Library just opened at Waseda University in Tokyo on October 1st, 2021. The amazing news of the establishment of the first Haruki Murakami’s museum surprised lots of fans in Japan and overseas a couple of years ago.

There are over 3000 books related to Haruki Murakami including the first editions and international books translated into multiple languages. He has donated memos and other materials for his books to the library which will exhibited there in the future.

On the 1st October, 2021, Haruki Murakami Library (村上春樹ライブラリー) opened at the location where the former fourth building was situated in Waseda University, in which the author studied literatures. The building is designed by the renowned architect Kengo Kuma.

Haruki Murakami Library, which is also known as The Waseda International House of Literature, has collected books written by Haruki Murakami, numerous materials related to his writing, correspondence, interview articles and book reviews as well as records and CDs, which he donated to it.

With the concept of “Explore Your Story, Speak Your Heart”, the library offers the chance for visitors to study literatures and communicate with each other globally.

This is the words by Haruki Murakami for the opening of the new source of learning.

Learning is really no different from breathing. Whether you’re in a classroom or not, you are constantly taking in the world around you. I hope that this library will become a place of learning where you can breathe easy, a place that will allow you to pass through walls of kinds – whether those erected within academic institutions or along national borders.

The World of Haruki Murakami

There are several highlights inside Haruki Murakami Library, so here are the introductions to six attractive spots for his fans.

A pile of books written by and related to Haruki Murakami neatly line the library’s symbol Stair Bookshelf. Some visitors give their full attention to looking at the bookshelf and reading the books, which results in missing a step on the stairs. Watch your step when you go there.

On one side with the theme of “Selected Works of World Literature, Connecting the Present to the Future”, ten modern authors are introduced by him with introductory sentences in both Japanese and English.

On the other hand, there are a variety of themes including “Affirming the World” and “Experiencing Art” on the opposite side of the bookshelf. You can see some tiny white people statues on the stairs, which is associated with “Little People” in 1Q84.

You can see the replicated study of Haruki Murakami, which was created with the same room layout and the wood used for the floor as his real house’s study. Unfortunately, the room is off-limits and only available from outside the door.

Gallery is one of the iconic spots in Haruki Murakami Library, where all his books are displayed. There is a large table for visitors to read at the center of the Gallery room. On the other side, his books translated into multiple languages and other authors’ books translated into Japanese by him line up by year from 1979, when his first novel Hear the Wind Sing was published.

You can find the drawing of the Sheep Man on the wall, which is illustrated by himself.

Audio Room is offered for visitors to listing to the music that Haruki Murakami loves. A part of his collection of records are displayed in the sophisticated room. 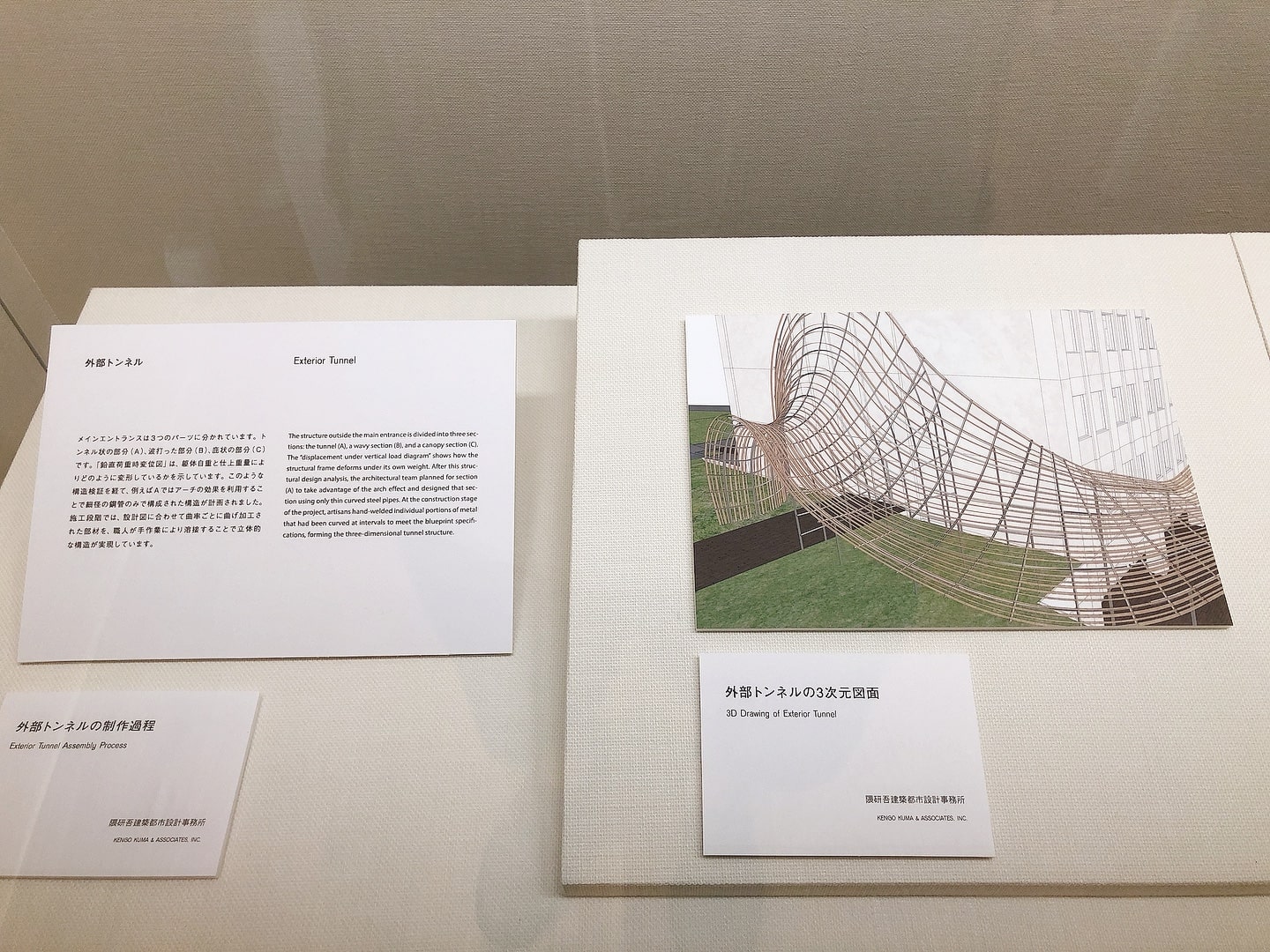 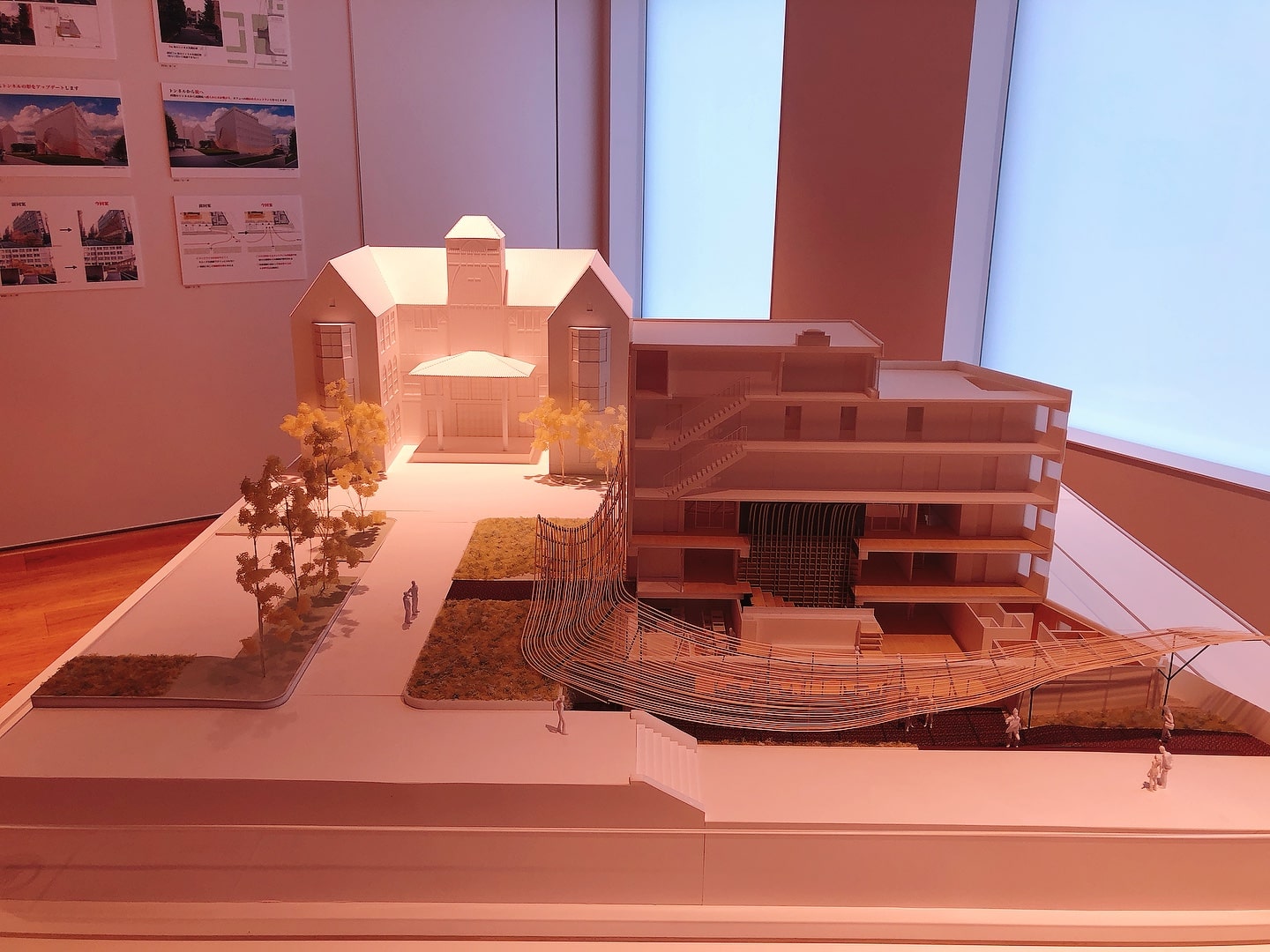 The miniature of the library

Exhibition Room is located on the second floor, which has temporary themes varying by season. The first theme focuses on architecture with literature, so the design of Haruki Murakami Library itself and the designer Kengo Kuma are especially featured.

Don’t miss the drawing of the T-shirts appearing in Hear the Wind Sing at the back of the Exhibition room as well.

Haruki Murakami Library has no gift shop but provides you with some special food and a cup of coffee at Café “Orange Cat”. The name of the cafe is given by Haruki Murakami himself. He ran his own jazz bar named Peter Cat with his wife before, and “Orange Cat” means the specie of Peter, the cat they had for a pet.

The food menus have unique names related to his novels such as “Wind-up” from The Wind-Up Bird Chronicle and “Wonder Land” from Hard-Boiled Wonderland and the End of the World. Donuts are also familiar to the readers of his novels.

There is a grand piano at the lounge neighboring Café “Orange Cat”, which was used at the jazz bar Peter Cat.

How to Make a Reservation

Haruki Murakami Library is available for free but requires a reservation in advance on the official website. It accepts bookings for your preferred date a month before on a first-come and first-served basis.

It temporarily limits the number of visitors up to 30 per timetable due to the spread of COVID-19. There are four timetables a day like this:

This information may change depending on the situation of COVID -19, so check the official website for the latest one: https://www.waseda.jp/culture/wihl/other-en/580

Can you enjoy Haruki Murakami Library without a reservation?

Some spots are open for everyone without bookings, which include Café “Orange Cat”, Author’s Study (from outside the window), Stair Bookshelf (from the bottom of the stairs) and the lounge with some items like the piano.

How to Get to Haruki Murakami Library

There are 3 major ways to go to Haruki Murakami Library:

It’s difficult to travel abroad under the situation of the spread of COVID-19, but I hope every fan of Haruki Murakami comes to the library from overseas soon. 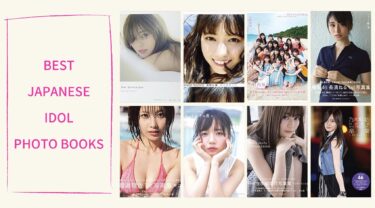