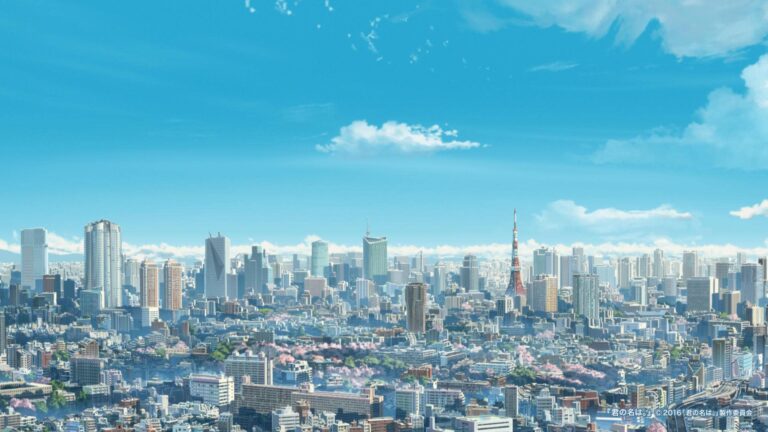 Anime has got more well-known as one of hot series on video streaming services or one of popular movie genres all over the world lately, and its popularity has been partly led by a new leader of anime directors: Makoto Shinkai.

Makoto Shinkai’s smash-hit movie in 2016 Your Name has made him much more popular worldwide while his other anime movies in the past are highly appraised. It is also expected that he will produce more attractive anime films in the future.

Makoto Shinkai (新海誠), an anime director of the Japanese animation studio CoMix Wave Films Inc., is expected as a new leader of not only the Japanese anime industry but also the world of international animation. He made his first short film in 1999 and released the anime movie titled Voices of a Distant Star in 2002.

Makoto Shinkai is now regarded as one of the best Japanese anime directors as well as Hayao Miyazaki who is famous for Studio Ghibli movies and Mamoru Hosoda who is known for The Girl Who Leapt Through Time and Summer Wars. In 2016, his masterpiece Your Name was released in over 100 countries and regions, which won several international awards. It was followed by his latest anime movie Weathering with You in 2019.

His anime are praised for the beautifully painted pictures that are inspired by the real life locations in Japan as well as the touching drama story and music that matches every scene.

List of All Anime Movies Directed by Makoto Shinkai

8. She and Her Cat -Everything Flows-

The story of She and Her Cat -Everything Flows- is narrated by a black cat Daru that has been kept by a college student girl since her mother picked it up. She has a difficult time going about getting a job. The anime movie presents Daru watches her overcome her personal problems at any time in life.

7. Voices of a Distant Star

Voices of a Distant Star (ほしのこえ) is a 25-min short anime movie directed by Makoto Shinkai in 2002. Its novel and manga adaptations were made in 2002 and 2005.

Voices of a Distant Star is set in 2046 follows a middle schools Mikako and Noboru. Humans have countered the threat from aliens since a NASA’s space investigation team was attacked by the aliens called the Tarsians on Mars in 2039.

The young girl and boy like each other and hope to go to the same high school. However, it doesn’t come true since Mikako is selected as a member of the space army to fight against the Tarsians. She sends messages via an ultralong distance e-mail from the space to Noboru on the earth, which takes more than a year.

6. The Place Promised in Our Early Days

Makoto Shinkai directed his first full-length anime movie The Place Promised in Our Early Days (雲のむこう、約束の場所) in 2004, which is known as one of his early masterpieces. The fantasy film was adapted into a novel in 2005.

The Place Promised in Our Early Days is set in a parallel world of Japan in 1996, where the country is divided into two. The northernmost part of Japan called Ezo, which refers to Hokkaido, is controlled by the communism countries called Union.

The story focuses on two middle school boys Hiroki and Takuya and a heroine Sayuri, who live in Aomori Prefecture which faces Ezo across the strait. They spend a lot of time completing a aircraft to fly to the symbolic, mysterious tower standing on the Ezo area.

The two boys promise with Sayuri to take her to the tower by plane, which is related to the title “The Place Promised”. However, she abruptly disappears from their hometown into somewhere. After three years, Hiroki and Takuya are getting involved in the world’s plot that the war can break out between Union and the United States in Japan.

5. The Garden of Words

In 2013, an excellent mid-length Shinkai’s anime movie The Garden of Words (言の葉の庭) was released. The same titled novel was written by Makoto Shinkai himself in 2013-2014.

The Garden of Words follows a high schooler Takao Akizuki, who has a dream of becoming a shoemaker, set in the center of Tokyo. He skips school in the morning and goes to a garden (which is Shinjuku Gyoen Garden) when it rains. He sometimes meets a woman there.

The anime movie is categorized as drama, romance and slice of life, filled with lots of attractive things. What you should focus on in The Garden of Words is its unique theme “rain”. It rains in approximately 80% scenes in the movie, which reflects the state of the characters’ sentiments according to the director Makoto Shinkai. As you see, the amount of rain matches the situation: heavy rain when they face difficulties and beautiful rain with sunlight when they overcome a barrier.

Beautifully described reality is also one of the highlights of The Garden of Words as well as other Makoto Shinkai films. You can see ordinal things, places and people in the anime movie, nevertheless, he depicts them even more brightly and clearly than those in the real world.

Weathering with You (天気の子) is a new anime movie directed by Makoto Shinkai, released in Japan and other 140 countries and regions in 2019. Its novel adaptation was also made by himself in the same year.

Weathering with You is set in the central Tokyo, especially in Shinjuku. A high school boy Hodaka Morishima leaves his home island and runs away to the urban city by ferry. Wandering around aimlessly, he meets a young girl Hina Amano, who has a specially ability to change the weather into the good condition.

Hodaka and Hina with her brother Nagi Amano help many people who hope it is sunny for their important days such as wedding and festivals. Everything is going well apparently, but each of the two main characters confronts difficult problems to handle by himself/herself.

The renowned anime movie implies some grand themes including social issues and common personal problems. You can see find there are a variety of dichotomies between adults vs children, individuality vs world, right vs wrong and so on in the whole story, which makes you find various perspectives.

Additionally, the music perfectly matches every scene, which are composed by the popular Japanese rock band Radwimps as well as the previous movie Your Name.

Makoto Shinkai released a new fantasy animated film Suzume (すずめの戸締まり) in November 2022 as his eighth work for the theater, which has been highly applauded by a bunch of people since then. Some fans look on the newest title as one of the best movies directed by Shinkai Makoto. It is a road movie following a young girl traveling around Japan from her home in Miyazaki, Kyushu Region.

Suzume depicts the great earthquake in Tohoku Region in 2011 and potential disasters that could happen in the future. A 17-year-old high school girl Suzume Iwato meets a young man Sota Munakata, who moves around the country to lock doors that are the root of earthquakes. To prevent them, they set out on a journey to Ehime, Kobe, Tokyo and Tohoku Region.

Makoto Shinkai’s masterpiece of all time was born in 2016, which is Your Name (君の名は。). The greatest anime movie is the third highest grossing Japanese film of all time earning over 25 billion yen at the domestic box office. It has been highly appraised worldwide since it came to the big screen in over 100 countries and regions. A novel with the same title was written by  Makoto Shinkai almost simultaneously.

The setting of Your Name is an urban city Tokyo and a countryside Takayama. It revolves around two main characters: A high school boy Taki Tachibana living in Tokyo and a high school girl Mitsuha Miyamizu living in Hida Takayama in Central Japan.

One day, they find that they switch bodies with each other in an intermittent way. They come to know each other experiencing the other life. Then, a significant incident occurs to Mitsuha, which influences the destiny of the main characters.

Your Name depicts daily life of Japanese high schoolers, Japanese cultures and traditions and breathtaking scenery of nature and cities.

The grand fantasy anime movie includes two things essential for successful anime: titme travel and switching main characters’ bodies. Time travel is a well-known classic plot of anime and other sci-fi movies as it may be associated with a Mamoru Hosoda’s movie The Girl Who Leapt Through Time in 2006.

However, Your Name has reality presenting school life, chatting on the smartphone, working as a part time job and so on, which wins the sympathy of many fans even though the story proceeds based on the sci-fi time travel.

What’s unique in this anime is body swapping intersexually in addition to time travel. That paranormal phenomenon will never happen to you in the real world but you may be able to vaguely but certainly understand how the characters feel.

Additionally, it’s one of the reasons why Your Name had such explosive sales to change the scenes fast (a scene rarely holds for even several seconds). The contrast between urban and rural living is also sharply represented in the anime movie.

In the first episode Cherry Blossom (桜花抄), an elementary school boy named Takaki Tono become closer to his classmate girl Akari Shinohara, and they fall in love with each other. However, they get separated suddenly since she moves to a little far prefecture changing schools for her parent’s transferring.

In the second story titled Cosmonaut (コスモナウト), Takaki moves to Kagoshima Prefecture (the southernmost prefecture of Japan’s main island ) from Tokyo, which means that Takaki and Akari live further. He meets a new main character Kanae Sumida, who becomes to like him but notices that is unrequited love.

The final episode is 5 Centimeters per Second (秒速5センチメートル), which is named after the speed of falling cherry blossom petals as Akari says in the first episode. The main characters Takaki and Akari grow up and the story reaches the climax of the amazingly impressive anime movie by Makoto Shinkai.

The renowned anime movie represents all of the Makoto Shinakai’s characteristics such as real things and places drawn much more beautifully and comfortable and painful dramas. This is the best and original anime movie directed by Makoto Shinkai of all time. 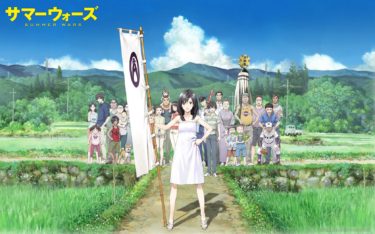 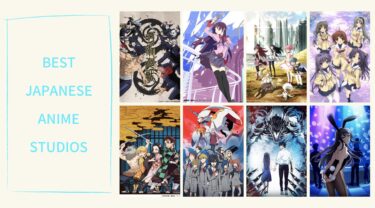