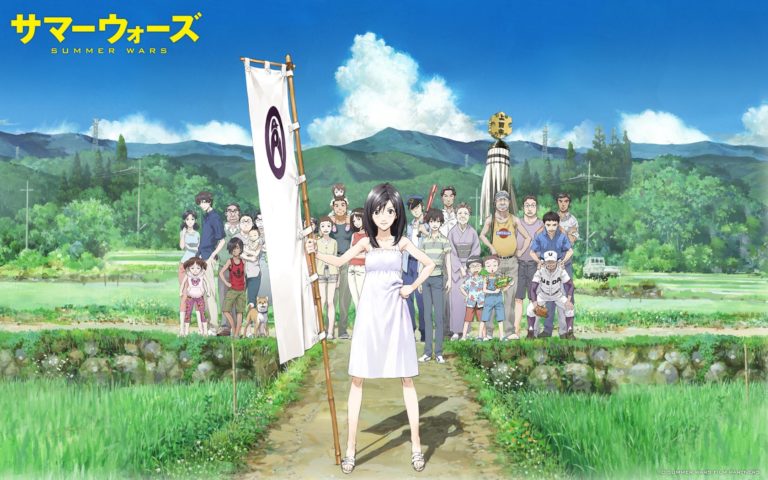 There are a great number of popular anime series that are loved by not only Japanese but also international people. Anime is now a familiar genre of movies at the theater or on the streaming services such as Netflix and Hulu.

Mamoru Hosoda is one of the most famous Japanese anime directors as well as Hayao Miyazaki of Studio Ghibli and Makoto Shinkai. His anime movies have been highly valued by anime fans all over the world. He has contributed a lot to make anime more popular around the world especially since the early 2000s.

He has created over 10 anime movies as a director including the titles of the popular franchise such as Digimon and One Piece. Today, I’d like to introduce the best Mamoru Hosoda anime movies, which include only the films directed by Mamoru Hosoda. You can enjoy watching Mamoru Hosoda’s anime movies more if you learn about himself and the chronological order of them.

Mamoru Hosoda (細田守) is a Japanese anime director from Toyama Prefecture. He is sometimes looked on as the next-generation “Hayao Miyazaki” partly because he has been inspired by the Studio Ghibli movies directed by Hayao Miyazaki.

Mamoru Hosoda partly joined Studio Ghibli to direct Howl’s Moving Castle in 2000 though it was not completed by him in the ultimate. In 2011, his own animation studio named Studio Chizu was founded, when his directed movie Wolf Children was released.

Mirai (未来のミライ), released in 2018, is the 5th full-length anime movie written and directed by Mamoru Hosoda. This is a fantasy movie which focuses on siblings living in Yokohama, Kanagawa.

The main character is a 4-year-old boy named Kun, who becomes frustrated with his parents preoccupied with the care of their new baby named Mirai. The story proceeds when he meets the grown-up Mirai who comes from the future.

Belle (竜とそばかすの姫) is the 5th full-length anime movie directed by Mamoru Hosoda. The fantasy film premiered at the 2021 Cannes Film Festival, preceded by the previous work Mirai in 2018. It was given a standing ovation for 14 minutes. Belle is completed as a romance fantasy, inspired by the famous Disney’s Beauty and the Beast and mixed with musical.

The setting of Belle is a rural area in Kochi Prefecture, casting a spotlight on a high school girl named Suzu. She suffers from being unable to sing songs, which she used to like, and strains the relationship with her father after losing her beloved mother in an accident. She joins the global-scale virtual world called U as her unique avatar named Belle.

4. The Boy and the Beast

The Boy and the Beast (バケモノの子), the Mamoru Hosoda’s 4th full-length movie, is an adventure fantasy anime movie released in 2015. It was also both written and directed by him.

The Boy and the Beast centers on the two main characters: a 9-year-old boy named Ren (he becomes called Kyuta) and a beast named Kumatetsu. Ren loses his mother, his only family, in a car accident. He wanders hopelessly in Shibuya and strays into the Beast Kingdom.

He meets Kumatetsu in the weird world and they develop a family-like relationship with each other through everyday training.

Summer Wars (サマーウォーズ), released in 2009, was directed by Mamoru Hosoda with some staffs who created The Girl Who Leapt Through Time. The fantasy film is set in the Japanese countryside Ueda, Nagano.

Summer Wars focuses on the virtual world online named OZ while the traditional scenery is depicted in the real world. A high schooler Kenji and his Senpai girl named Natsuki who is a year ahead of him visit her family home. One day, OZ loses its control due to the attack by the artificial intelligence Love Machine.

It is regarded as one of the best Mamoru Hosoda movies by his fans and made the director much more famous both in Japan and overseas.

Wolf Children (おおかみこどもの雨と雪), released in 2012, is the first movie produced by the Mamoru Hosoda’s anime studio Studio Chizu. The setting is the urban Tokyo in the first part and the rural town in the last half.

The story centers on a university student Hana and a man who transforms into a wolf, which is narrated by their daughter Yuki. The life of Hana and her two kids Yuki and Ame is depicted in the second half of the story. The half-wolf kids Yuki and Ame can also transform into themselves into a wolf as well as their father. They confront a tough situation with a choice between living as a human or a wolf.

The countryside they move to is inspired by the forest villages in Toyama, which is the hometown of Mamoru Hosoda.

1. The Girl Who Leapt Through Time

The Girl Who Leapt Through Time follows a high school girl named Makoto and her friends Kosuke and Chiaki. Their everyday in the high school is depicted while Makoto finds out she becomes able to transport herself to the past.

The film can be categorized as fantasy and slice of life since both the daily life of the high schoolers and supernatural incidents like time travel (which is sometimes called Time Leap in Japanese) are depicted. It is one of the masterpieces of Mamoru Hosoda without a doubt.