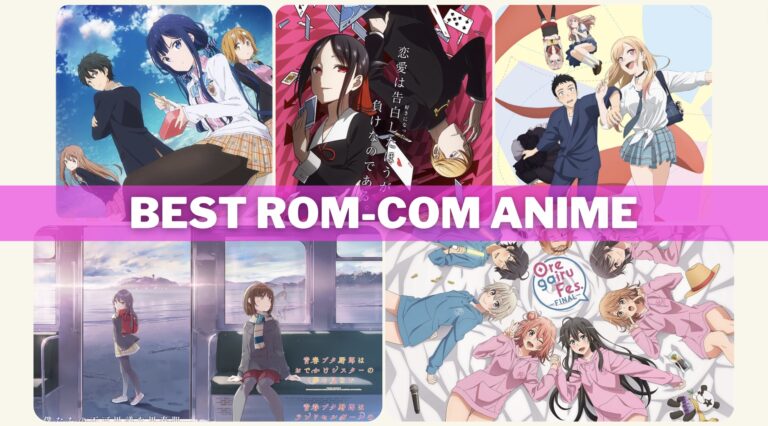 There are some genres that are universally loved by fans of movies and television series across the world. Romantic comedy is one of the most popular categories among a wide age group worldwide. Romance and comedy has been familiar to anime fans for a long time, and romantic comedy, unity of the two classic genres, is the one that has grown in popularity for the past decade.

Becoming mainstream, lots of rom-com anime series are released every season, which are worthy of completing all their episodes. Then, what is romantic comedy like in anime? It is a depiction of humor and casual romance, which is similar to slice of life, another famous modern genre.

They focus on a huge variety of situations from daily life of common high schoolers and exciting adventurers in fantasy worlds. You can watch them in a light-hearted and fun manner, which consist of both funny and heartwarming stories.

For those who wonder which to watch in the currently growing genre, I’d like to introduce 10 best romantic comedy anime including top classics and latest trends.

My Teen Romantic Comedy SNAFU is set in a town in Chiba Prefecture, depicts a mundane school life of a second-grade high schooler Hachiman Hikigaya. The cynical friendless protagonist is half-compelled to join the Service Club in the high school and gets involved in a bright beautiful girl Yukino Yukinoshita and his popular classmate Yui Yuigahama. They handle a variety of problems caused around other students and themselves.

Toradora! (とらドラ!) has been looked on as one of the best romantic comedy anime of all time since it was broadcast between 2008 and 2009. It is adapted from Yuyuko Takemiya’s light novel series published from 2006 to 2009, which is composed of 10 volumes. Made by J.C.Staff, the anime series is directed by Tatsuyuki Nagai and written by Mari Okada, who are also famous for the drama series Anohana: The Flower We Saw That Day and the fine anime movies such as The Anthem of the Heart and Her Blue Sky.

The title of Toradora!, which describes Tiger and Dragon in Japanese, is derived from the name of the protagonist Ryuji Takasu and the nickname of the heroine Taiga Aisaka. Toradora! tells the story of the high schoolers in a comical way. On the other hand, they hold serious family problems and troubles in their romance. Toradora! is mainly highlighted by the aggressive but fragile girl Taiga and her complicated relationships with Ryuji and their friends.

The splendid anime studio A-1 Pictures has been making Kaguya-sama: Love Is War (かぐや様は告らせたい〜天才たちの恋愛頭脳戦〜), one of the rom-com masterpieces in the recent past. Based on Aka Akasaka’s manga series, there are three seasons airing between 2019 and 2022 in the anime adaptation, followed by the christmas arc titled Kaguya-sama: Love is War: The First Kiss Never Ends.

It is striking that a prestigious high school students Kaguya Shinomiya and Miyuki Shirogane, who form the student council of Shuchiin Academy, play diverse mind games seriously. The goal of the games is making the other person confess his/her love while it is represented that they surely fall in love with each other. In addition to the indirect boy and girl, main supporting characters such as the student council secretary Chika Fujiwara and its treasurer Yu Ishigami are also as interesting as the two main characters. The relationships between Kaguya and Miyuki seems to develop surely though only gradually, which makes you more interested in what happens to them next.

Having been regarded as one of the highest-quality romantic comedy anime of all time, Teasing Master Takagi-san (からかい上手の高木さん) released three seasons from 2018 to 2022, followed by the first anime movie presenting a sequel to them in 2022. The finest rom-com anime series mixed with slice of life is adapted from the manga series created by Soichiro Yamamoto, who is also known as the manga artist of In the Heart of Kunoichi Tsubaki and When Will Ayumu Make His Move?.

Set in Shodoshima Island in the Seto Inland Sea, Teasing Master Takagi-san completely concentrates on peaceful days of a shy middle school boy Nishikata and his cute mischievous classmate Takagi-san. It portrays details of their school life ranging from the way to school to after school hours, which are filled with various casual games played by Nishikata and Takagi-san and her good-natured teasing. It is not an exaggeration to say that this anime is highlighted by how cute and intelligent Takagi-san is.

5. Rascal Does Not Dream of Bunny Girl Senpai

Rascal Does Not Dream of Bunny Girl Senpai presents stories of teenagers who have Adolescence Syndrome experiences. Adolescence Syndrome is caused by various personal problems and has a harsh impact on “patients”. A second-grade high school boy Sakuta Azusagawa first finds his Senpai student Mai Sakurajima wearing a bunny girl outfit in the public library. However, it seems that no one else becomes aware of her presence. He faces lots of difficulties occurring around his friends, family and himself.

Love, Chunibyo & Other Delusions casts a spotlight on a first-grade high school boy Yuta Togashi, who used to prefer to call himself “Dark Flame Master” due to a symptom of the Chunibyo until a short time ago but just decides to stop acting like that. At the same time, his new neighborhood and classmate Rikka Takanashi is just in the middle of a Chunibyo situation wearing an eye patch on her right eye and claiming to possess “The Eye of the Wicked Lord.” It is also interesting more Chunibyo characters are introduced throughout the story. In addition to humors, Love, Chunibyo & Other Delusions depicts a true romance.

For lots of anime lovers who particularly like romantic comedy series, My Dress-Up Darling (その着せ替え人形は恋をする) should be picked out as one of excellent anime series in the last few years. Its manga series has been serialized on Young Gangan by a manga artist Shinichi Fukuda since 2018, which was first made into the anime adaptation by the growing anime studio CloverWorks in the beginning of 2022. It has been just announced that the second season will be released in the future.

My Dress-Up Darling places an emphasis on a unique combination of high school students, presenting a currently trendy theme Cosplaying. A 15-year-old intensely private high schooler Wakana Gojo is into making traditional Japanese hina dolls, living in Iwatsuki, Saitama (the real-life town is really famous for hina dolls.) On the other hand, a heroine Marin Kitagawa is very outgoing and popular among students. They have become closer to each other since she asked him to help her make Cosplay outfits.

8. HAGANAI: I DON’T HAVE MANY FRIENDS

Haganai (僕は友達が少ない), which is also known as Haganai: I Don’t Have Many Friends, a highly-rated romantic comedy anime comprising two seasons made by AIC Build. The first season was aired with 12 episodes in 2011 and the second part titled Haganai NEXT with another 12 episodes in 2013. The rom-com series was first serialized as one of the best-selling light novel series in the early 2010s, written by Yomi Hirasaka and illustrated by Buriki.

Haganai focuses on high schoolers who have a problem with communication with others or have few friends. Kodaka Hasegawa, a second-grade transfer student in St. Chronica’s Academy, is feared by other students due to his blond hair and surly eyes. With a cool and beautiful classmate Yozora Mikazuki and an overpowering but overpowering girl Sena Kashiwazaki, he establishes the Neighbors Club to make friends. You can see what a typical modern rom-com anime is like in Haganai.

Starting to air with its first season in 2020, Rent-A-Girlfriend (彼女、お借りします) has had a powerful appeal for anime lovers. Following the first 12 episodes, the second season was broadcast in 2022, which are made by TMS Entertainment. The romantic comedy anime is adapted from Reiji Miyajima’s manga series that has been serialized on Weekly Shonen Magazine since 2017. It has been just announced that the third season’s production had been already confirmed.

As you guess from the title of Rent-A-Girlfriend, it features a unique dating service that the manga author Reiji Miyajima actually experienced. The rom-com story focuses on a 20-year-old university student Kazuya Kinoshita, who tries the dating service to rent a tentative girlfriend for the first time just after he is abandoned by his ex-girlfriend Mami Nanami. He meets the first rental girlfriend Chizuru Mizuhara and unexpected, complicated affairs happen around them.

Many modern rom-com anime fans have been delighted since the second season of Masamune-kun no Revenge (政宗くんのリベンジ) was confirmed to be made in 2022. The first season was made by Silver Link in 2017, followed by the next season titled Masamune-kun’s Revenge R. The romantic comedy anime series is adapted from the same-titled 11-volume manga series written by Hazuki Takeoka and illustrated by Tiv between 2012 and 2018.

Masamune-kun’s Revenge revolves around a perfect high schooler Masamune Makabe, who is well-looking and good at both academics and sports. The series presents his revenge story on a rich and beautiful student Aki Adagaki. He had got cruelly bullied for his fatness when he was an elementary school student since she gave the nickname “Piggy” to him. With his Dear or Love Plan, he tries to make her fall for him and dump her while she doesn’t look on him as the boy that she nicknamed.

I hope you enjoyed the list of the best romantic comedy anime series and you will try some of them. 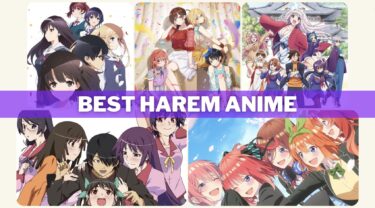