Where Does Attack on Titan Anime End in Manga? 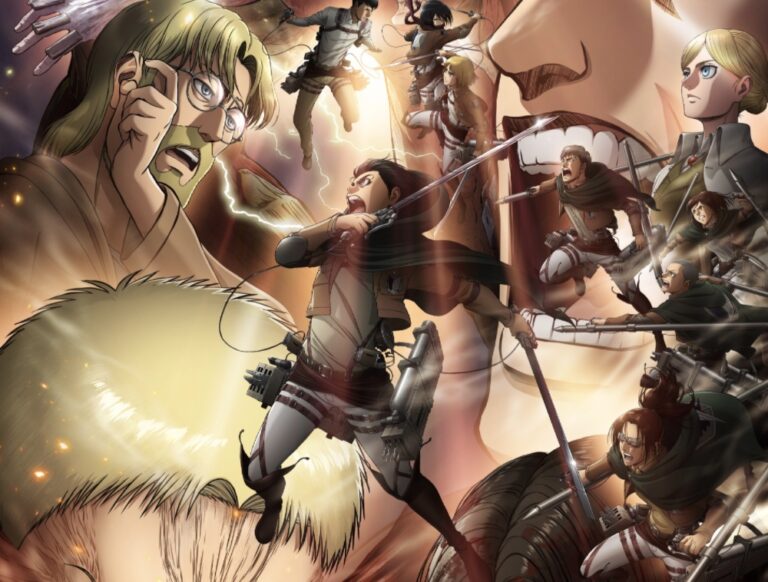 Many anime fans have very little doubt that Attack on Titan (進撃の巨人) is one of the masterpieces of the modern anime in the last few decades. Attack on Titan has left them impressed with its unique theme of the mysterious titans and the unpredictable story since the original manga series was launched in 2009.

Finally, the manga series written by Hajime Isayama came to a successful end on Bessatsu Shonen Magazine in April, 2021. The fourth and final season of the Attack on Titan anime series started in December, 2020, followed by Attack on Titan: The Final Season Part 2 in the beginning of 2022. The final and third part of The Final Season will be broadcast in 2023.

For those who are keeping up with the latest episode of the Attack on Titan anime and become curious about the following story, I’d like to introduce where the anime series of Attack on Titan ends in manga.

Let’s see what’s going to happen next after Attack on Titan: The Final Season Part 2!

How many volumes does Attack on Titan have?

Attack on Titan started its serialization on a monthly Japanese manga magazine Bessatsu Shonen Magazine in 2009, and there are totally 34 volumes in the manga series. All of the 34 volumes are now available in English, of course.

If you have a plan to collect all volumes of the Attack on Titan manga, it’s highly recommended to purchase the coolest manga box sets including some exclusive items!

What chapter does the Attack on Titan anime end on?

If you have watched the latest part of Attack on Titan: The Final Season Part 2, you are interested in the following story earlier than an upcoming episode airs, right? Now, this season ended and some parts will remain unadapted from a few last volumes of the manga. It’s expected the very end season or the last anime movie will be made in the near future.

The anime series can be divided into four seasons so far like below:

Let me get right to the point, anyway!

Attack on Titan: The Final Season Part 2 just released the last chapter 87 “The Dawn of Humanity”, which corresponds to Volume 32 Chapter 130 of the manga series. After watching Chapter 87 in anime, it’s recommended to re-start reading from Volume 33 Chapter 131 “The Rumbling”!

Only two volumes are left until the story completes! How about exploring the real climax of Attack on Titan in manga a little earlier than the next and final part of the anime series?

If you like Japanese manga and anime, check these articles below for more information!