Where Does My Hero Academia Anime End in Manga? 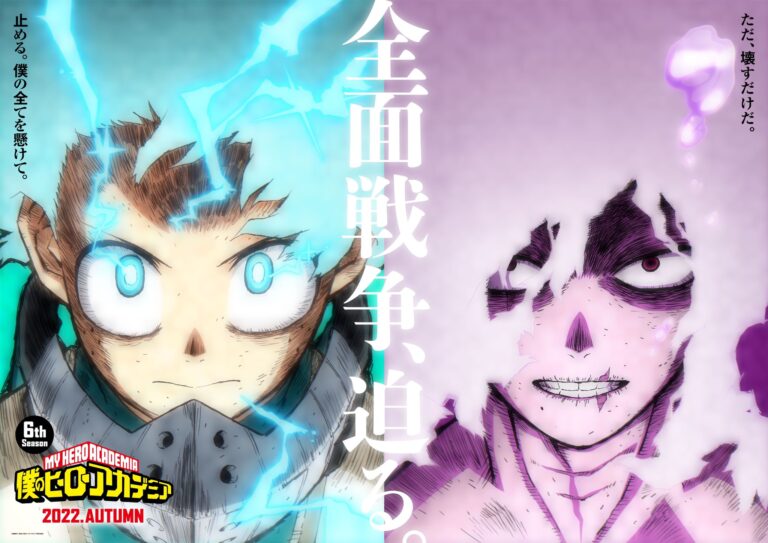 My Hero Academia (僕のヒーローアカデミア) is now one of the most famous and popular action manga and anime series in this modern age. The drawings with American touches and the theme of superhero like American comic books are familiar to international people. It is also distinguished by classic Japanese manga essences such as intense battles with supernatural powers, various cool and cute characters and impressive stories.

The original manga series of My Hero Academia has been serialized on the most popular manga magazine Weekly Shonen Jump by Kohei Horikoshi since 2014, and its first anime adaptation was released by the outstanding anime studio Bones in 2016. The hottest ongoing anime series plans to broadcast the latest season 6 from October, 2022.

Today, for those who have watched the current anime series of My Hero Academia and are interested in the rest of the story, I’d like to introduce to where the My Hero Academia ends in manga? So that you can find out which volume to start reading to enjoy the following story of the anime series.

How many volumes does My Hero Academia have?

There are 33 volumes in the My Hero Academia manga series released until February, 2022. The weekly serialization is going well, which you can read in English at the same time on the official manga platform Manga Plus by Shueisha for free. Following the volume 30 of the English edition, they will release Vol.31 on July 5, 2022 and Vol.32 on October 4, 2022.

What chapter does the My Hero Academia anime end on?

There are five seasons broadcasting from 2016 to 2021 in the anime series of My Hero Academia, and the next season 6 will be scheduled to air in the autumn of 2022.

If you want to read the counterpart to the anime series season 6 in manga earlier, you should restart from Chapter 259 of Volume 27! The My Hero Academia anime finished the season 5 with Chapter 113 “The High, Deep Blue Sky”, which corresponds to the manga series Chapter 256-258.

The anime series can be divided into six parts so far like below:

Check out all the rest of the volumes available in English!

If you have a plan to collect all the volumes of the My Hero Academia manga series, it’s recommended to choose this set option!

You can also enjoy other recommendations while you wait the upcoming season of My Hero Academia, too! Check these articles for more attractive manga and anime series!