Which Should You Watch, Fullmetal Alchemist or Brotherhood? 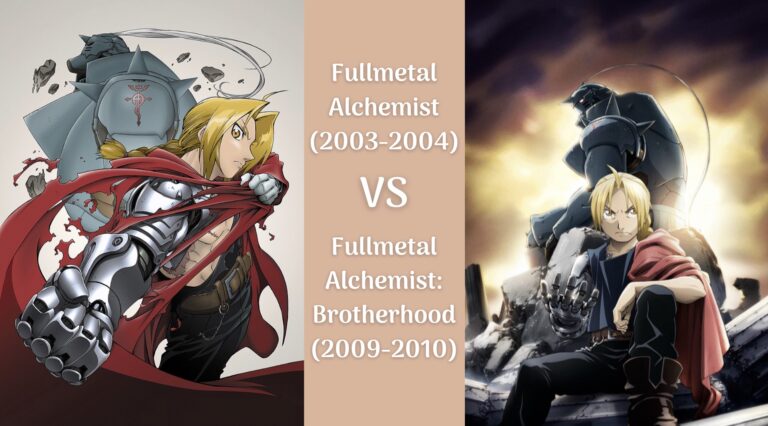 There are a bunch of high-quality anime series categorized as fantasy and adventure, and Fullmetal Alchemist (鋼の錬金術師) is one of the most popular dark-fantasy adventure anime watched by lots of fans all over the world.

Today, I’d like to introduce what the difference between Fullmetal Alchemist and Fullmetal Alchemist: Brotherhood is, and which is the recommended one for beginners to watch. This spoiler-free information will bring peace of mind to you.

At first, Fullmetal Alchemist, the first anime adaption from the same-titled manga series, aired with 51 episodes from 2003 to 2004. A reliable Japanese anime studio Bones was in charge of the production, which was directed by Seiji Mizushima.

The first anime series finishes in an original way, whose great part consists of different stories and climax from those of the manga series since it had not been completed yet. It was followed by its sequel movie Fullmetal Alchemist the Movie: Conqueror of Shamballa (劇場版 鋼の錬金術師 シャンバラを征く者) in 2005.

Following the first anime adaptation, the second series titled Fullmetal Alchemist: Brotherhood was broadcast between 2009 and 2010. The original manga series came to the end almost at the same time as the newer anime version’s final episode was released. Thai is to say, Fullmetal Alchemist: Brotherhood, made by Bones and directed by Yasuhiro Irie, is based on the manga story written by Hiromu Arakawa. 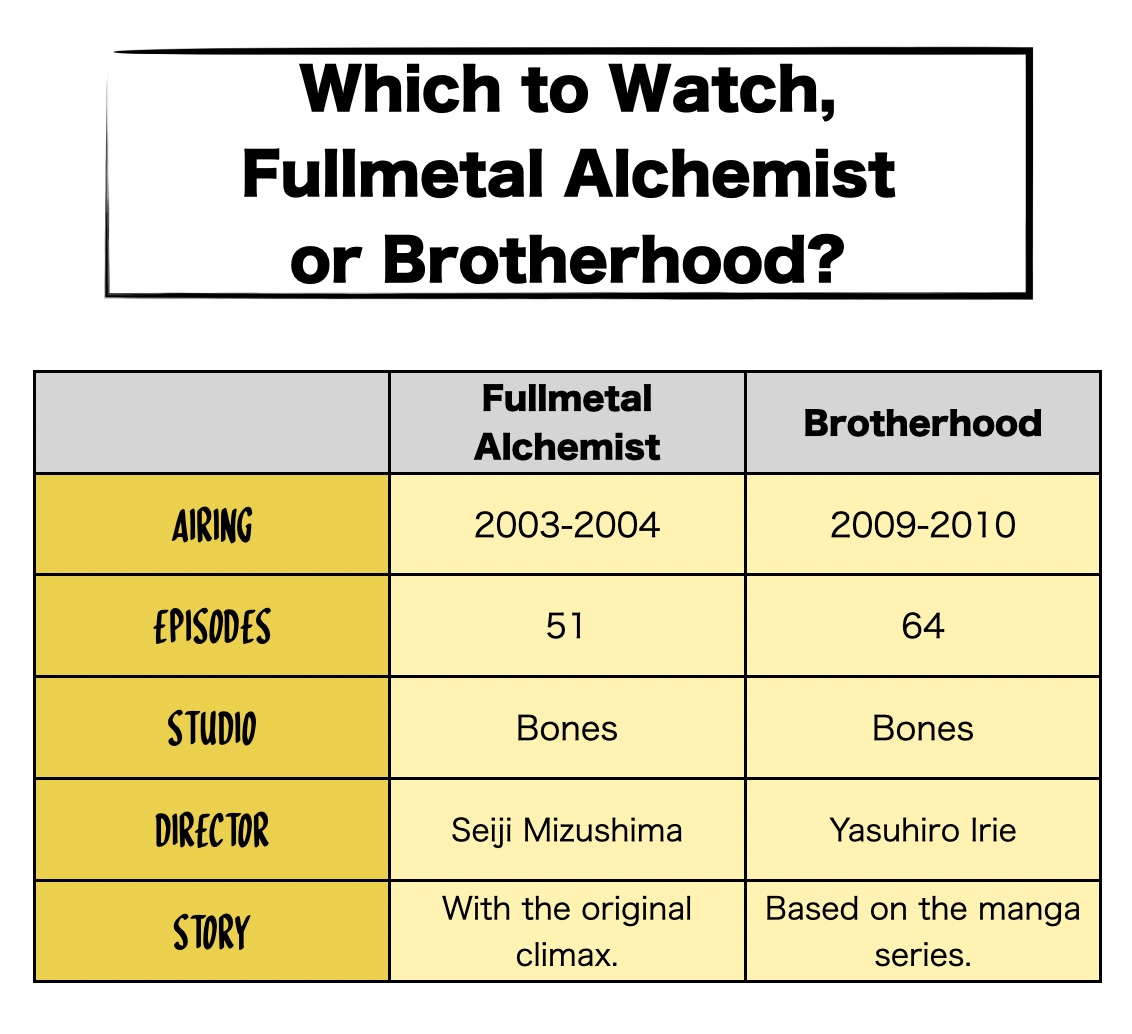 They also differ from each other in some main characters’ voice actors including Winry Rockbell and Roy Mustang though the protagonists Edward and Alphonse Elric are acted by the same voice actors.

If you want to explore Fullmetal Alchemist deeper, complete both two versions of the anime series as well as the manga series!