Spice and Wolf: Which Volume to Read after the Anime Series 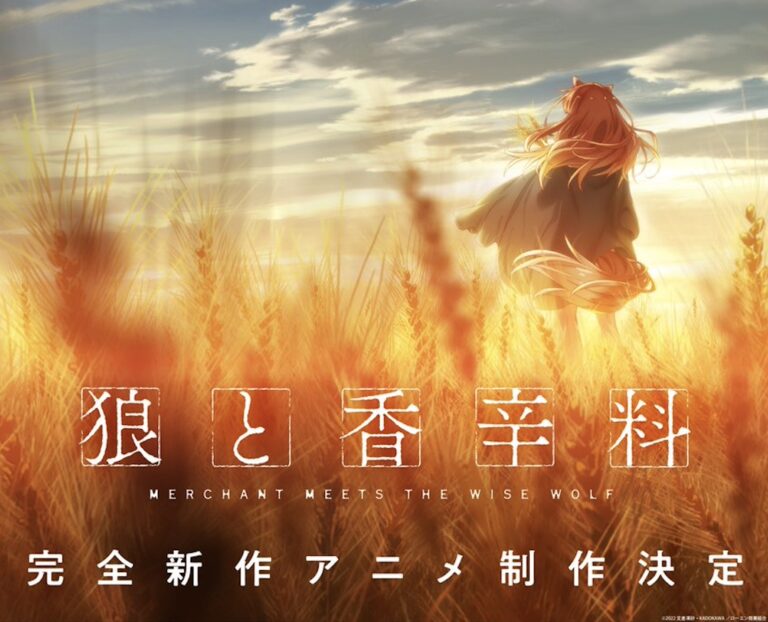 Spice and Wolf (狼と香辛料) is one of the most popular Japanese light novels that has been read by fans throughout the world for a long time, whose anime adaptations have been also widely watched. Categorized as fantasy, it depicts the adventure of a traveling merchant Kraft Lawrence and mysterious wolf girl Holo without sword and sorcery.

The original light novel series of Spice and Wolf, written by Isuna Hasekura and illustrated by Ju Ayakura, has been published since 2006. It has been adapted into the manga series by a manga artist Keito Koume since 2007 and was made into the anime adaptation in 2008 and 2009. The first season of the anime series consists of 13 episodes and the second one is composed of another 13 episodes.

Spice and Wolf marked the 15th anniversary of the start of the light novel series in 2021, announcing the production of a new part of the anime series.

For those who have already watched the current seasons of the anime series and can’t wait until the new season’s coming, I’d like to introduce to how to enjoy the following story after the anime series ends in manga and light novel.

Check out where the Spice and Wolf anime ends in manga and light novel and from which volume to read them!

How many volumes does Spice and Wolf have?

The author Isuna Hasekura has published the original light novel of Spice and Wolf with the illustrator Ju Ayakura since 2006, and there are 23 volumes in the series so far. It was completed with the 17th volume in 2011; a new part titled Wolf and Parchment: New Theory Spice & Wolf (新説 狼と香辛料 狼と羊皮紙) restarted from the 18th volume in 2016.

On the other hand, the light novel series has been adapted into the manga series since 2007. The first part consists of 16 volumes that was serialized on Dengeki Maoh between 2007 and 2017. The serialization of the Wolf and Parchment: New Theory Spice & Wolf manga began in 2019, which reached the 2nd volume in 2020.

Which should you read Spice and Wolf, manga or light novel?

You can enjoy the following story after the Spice and Wolf anime ends in both manga and light novel in English. If you want to casually know what happens to Spice and Wolf after the anime series, it’s recommended to read the 16-volume manga adaptation that covers the first part of the series (light novel vol. 1-17).

On the other hand, the authentic fans of Spice and Wolf have no other option but to read the light novel series since the manga adaptation get through some details that are depicted in it. To explore the world of Spice and Wolf deeper, just select the original light novel!

Then, which volume should you restart the story from in each of manga and light novel?

Light Novel: Which volume of Spice and Wolf to read after the anime?

If you have watched the existing two seasons of the Spice and Wolf anime and are intrested in the following story, you should read the light novel series from Volume 4 and 6.

Many fans are looking forward to the lately announced new anime of Spice and Wolf, wondering if it will be released as the following season of the current anime or a brand new series.

Manga: Which volume of Spice and Wolf to read after the anime?

To go ahead of the anime series in manga, you should read from Volume 7 and after. The manga series 7th volume enters the new part that corresponds to the light novel 4th volume and has not been adapted into the anime series.

All part of the manga from Volume 1 to 16 are available in english. It’s also to be noted that the manga adaptation doesn’t cover the original story in every hole and corner. As said before, it’s strongly recommended to read the light novel series if you want to enjoy the whole story of Spice and Wolf that spares no detail.

When will Spice and Wolf Season 3 hit the air?

Finally, it was announced that the production of a new anime of Spice and Wolf had been decided in February, 2022. It has yet to be revealed if the upcoming anime is Season 3 or something entirely new. Let’s anticipate additional good news!

You can read the following story earlier than the upcoming anime in other series like below!