Where Does Classroom of the Elite Anime End in Light Novels and Manga? 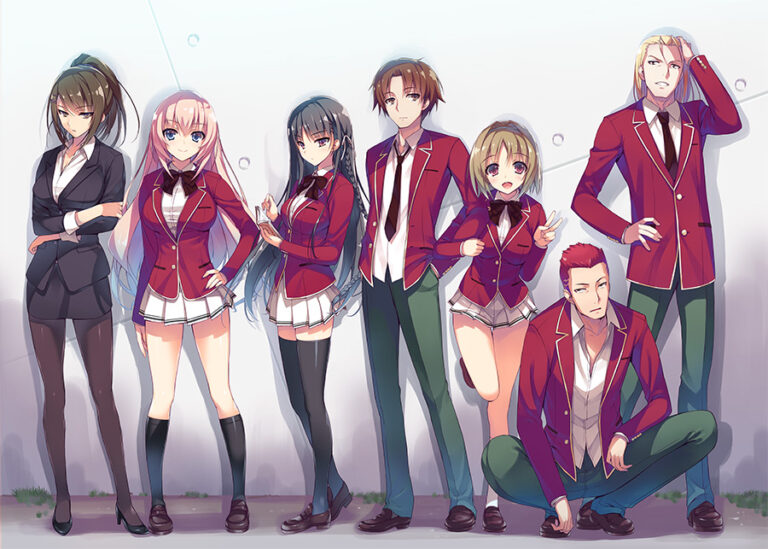 Light novels are one of the hottest Japanese contents these days as well as anime and manga, and many of the popular books are made into the successful anime adaptations. Recently, a school-themed psychological thriller series Classroom of the Elite, also classified into slice of life and romance, has drawn much attention from lots of fans across the world.

Written by Shogo Kinugasa and illustrated by Shunsaku Tomose, the original light novel series of Classroom of the Elite began its publication in 2015. The first part consisting of 14 volumes finished in 2019, which has been followed by the second part since 2020. The first anime adaptation from the early part entertained the fans, airing with 12 episodes in 2017.

They had anticipated the following seasons of the anime series would come since the first season ended while the light novel series was going on and completed its first part. In March, 2022, it’s just announced that the second season of the anime series will be broadcast in July, 2022, and the third season will be released in 2023. The upcoming seasons will include the rest of the first part.

For the fans who have watched the first season and can’t wait the season 2-3’s coming, I’d like to introduce to how to enjoy the following story of the Classroom of the Elite anime series in light novels and manga adaptations. Check out where the Classroom of the Elite anime ended in light novels and manga and which volume to start reading to enjoy the sequel of the anime series.

How many volumes does Classroom of the Elite have?

Aside from the anime series, you can enjoy Classroom of the Elite in the original light novel series and its manga adaptations. There are 14 volumes in the Part 1 and 7 volumes in the Part 2 released so far (as of March, 2022) in the light novel. On the other hand, the Classroom of the Elite manga series has 12 volumes published until February, 2022.

It’s highly recommended to read the light novel series if you want to enjoy the authentic story of Classroom of the Elite. The productive author constantly releases a new volume with several high-quality character illustration pages. Plenty volumes have been already translated into English, which allows you to read the following story smoothly.

However, only a few volumes have been released in English in manga. The first volume was published in March, 2022, which will be followed by a new volume every other month.

Classroom of the Elite: Which Volume to Read after the Anime Series

Light Novel: Which volume of Classroom of the Elite to read after the anime?

The final episode of the anime series season 1 Chapter 12 “Das Genie wohnt nur eine Etage höher als der Wahnsinn (Genius Lives Only One Story Above Madness)” corresponds with the end of the volume 3 of the light novel.

You can enjoy the following story of the anime from the Prologue: “Karuizawa Kei’s Soliloquy” in the light novel volume 4! All volumes of the first part are available in English now.

▽Binge-read Classroom of the Elite to complete the First Year Arc! ▽

Manga: Which volume of Classroom of the Elite to read after the anime?

If you want to start with the manga series, you should get the volume 7. Room 29 (the 29th episode) is what you should start reading to enjoy the sequel after the anime series season 1 ends. However, the first volume of the English edition was just released in March, 2022. It’s predicted that the new second season of the anime series will start before the manga volume 7’s publication.

If you like Classroom of the Elite, these light novel titles will be your favorite, too. Check out the latest trends here!

There are a lot of quality new anime series airing in 2021, and Mushoku Tensei is one of the most outstanding titles of […]