Where Does Made in Abyss Anime End in Manga? 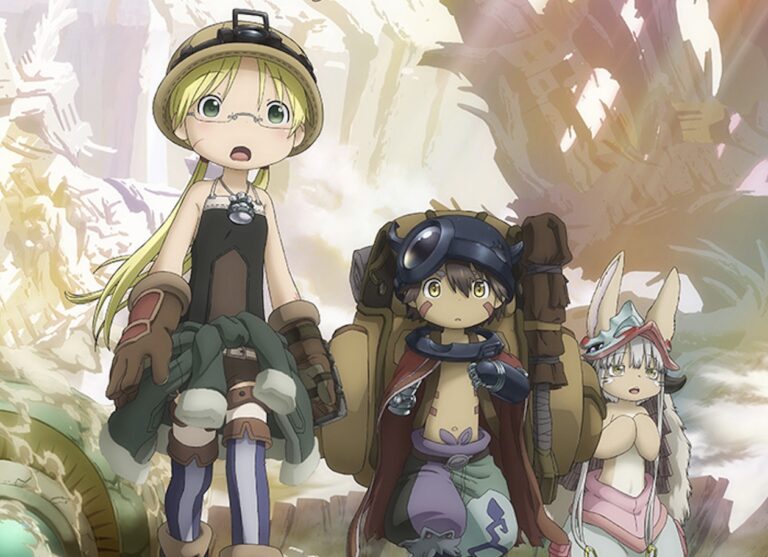 The popular modern dark-fantasy adventure anime Made in Abyss has received lots of attention from manga and anime fans across the world since its first season was released in 2017. Set in Orth, the town with a weird giant and deep hole called Abyss, the fantastic animation presents the exciting adventure of the 12-year-old girl Riko and her boy-looking robot partner Reg.

Based on the original manga serialized since 2012, the first 13 episodes were adapted into the anime series by a Japanese anime studio Kinema Citrus. It was followed by its sequel anime movie Made in Abyss: Dawn of the Deep Soul in 2020. In July, 2022, the second season titled Made in Abyss: The Golden City of the Scorching Sun just began.

Fragmentary mysteries are gradually unlocked while more enigmas emerge as the story proceeds. Additional characters are introduced in the following episodes, all of which keep you absorbed.

If you have already watched all of the existing episodes of the Made in Abyss anime series, you are very interested in the following story after the latest season, aren’t you? Today, I’d like to introduce where the Made in Abyss ends in manga.

Check out which volume to start reading Made in Abyss from and get a step ahead of the anime series!

How many volumes does Made in Abyss have?

Made in Abyss has been serialized on Web Comic Gamma, which was known as Manga Life Win+ before, since 2012, written by Akihito Tsukushi. There are 11 volumes in the manga series of Made in Abyss so far. A new volume is released about once a year, and the latest Volume 11 was published in July, 2022.

To give a conclusion, you can enjoy the rest of the story after the Made in Abyss anime season 2 from Volume 11 of the manga series.

The second season of the anime series ended with Episode 12 “Gold”, which corresponds with Volume 10 Chapter 58 “Towards the Path of Flame” to Chapter 60 “Gold” in the manga series. That is to say, it’s highly recommended to re-start reading from Volume 11 Chapter 61 “You can go anywhere” in the manga.

Let’s move on to the following story arcs by reading the manga series from Volume 11 onwards!

When will Made in Abyss Season 3 air?

It hasn’t been announced that the production of Made in Abyss Season 3 is confirmed yet. There are not many manga volumes enough to be adapted into a new season that consists of a dozen of episodes. Each of the past seasons is based on four or five volumes of the Tankobon manga series. Therefore, the next season of the Made in Abyss anime will be made after the 14th or 15th volume is published. Or, a new anime movie may be produced based on the 11th and 12th volume.

It will take some time for a new anime series or movie to come, anyway. Let’s enjoy the rest of the story in the manga series Volume 11 in advance!

For those who like Made in Abyss, these anime recommendations and their original manga are also recommended, too!