Where Does Berserk Anime End in Manga? 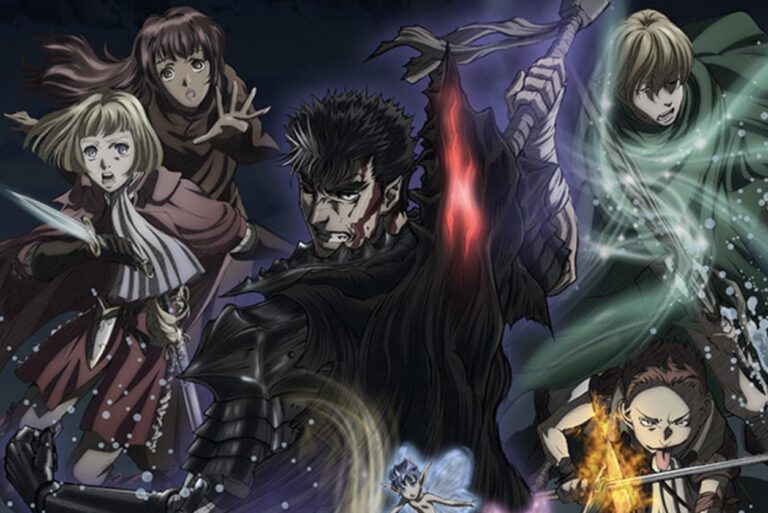 As the renowned manga and anime series with the theme of sword and sorcery, Berserk (ベルセルク) has been loved by both domestic and international audiences especially advanced fans since the manga series written by Kentaro Miura started in 1989.

If you have watched all the current seasons of Berserk and are interested in the following story, this Berserk anime guide introduces how to enjoy the rest of the story after the second season of Berserk ended in 2017. Check out where the Berserk anime ends in manga and which volume to read the manga series after the anime!

How many volumes does Berserk have?

The manga series of Berserk was serialized on a Japanese monthly manga magazine Monthly Animal House between 1989 and 1992, and on a semimonthly magazine Young Animal between from 1992. There are 41 volumes so far in Berserk and many volumes have been translate into English.

Its manga artist Kentaro Miura passed away at age 54 in May, 2021. The 41st and latest volume was published in December, 2021. Its serialization had been stopped for over a year, but it’s restated by the Young Animal’s editors and manga artists of the author’s friends from June 24, 2022.

<<If you plan to collect all volumes, check this 1-40 volumes manga set!>>

As another English edition, the 3-in-1 hardcover edition Berserk Deluxe, which includes the amount of three volumes, has been published since 2019.

Which volume to read the Berserk manga series from after the anime?

There are two major seasons in the anime series of Berserk as well as three anime movies. They correspond to the manga series in this way:

The second season in 2017 finished with the last Episode 24 “City of Humans (人間の都市)”, which coincides with Volume 29 Episode 249 “Meager Supper (ささやかな晩餐)” in the manga series. To enjoy the following story after the Berserk anime, it’s recommended to re-start reading from Volume 29 Episode 50 “Homing (帰巣)”.

This part covered by the second season of the anime and the manga series Vol. 29 is Millennium Falcon Arc. To complete the story arc, you should read the manga until Vol. 35.

If you want to explore every inch of the original manga story of Berserk, it’s also highly recommended to read the manga series from the first volume since the anime adaptation skips a part of early volumes. These following volumes have not been wholly adapted into the anime series: Volume 1, 2, 3, 14 and 15.

When will Berserk Season 3 air?

It has not been announced that Berserk Season 3 will be produced in the future yet. However, you can expect the new season since there are still over 10 volumes of the manga series that have not been made into the anime adaptation. For those who cannot wait until the next season’s coming, reading the manga is the only way to enjoy the sequel earlier.

Since you are taking a step into the world of Berserk, just continue to enjoy the following story as soon as possible!