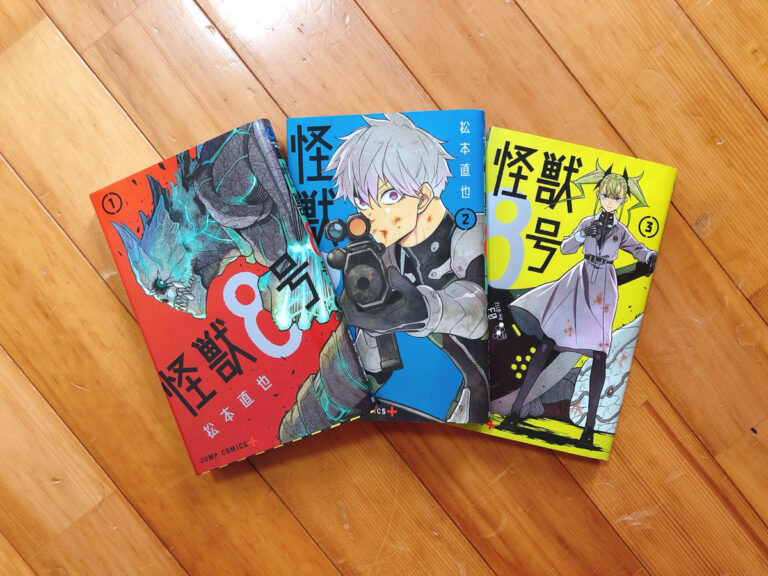 What has a high potential for becoming one of the most popular manga series was born in 2020, whose title is Kaiju No. 8 (Monster #8). Lots of action manga series have been made by the popular Japanese manga magazine Jump and other publishers recently, and Kaiju No. 8 is being read by authentic manga fans as the most promising next-generation action manga.

Only 3 volumes were still published during the first year after starting its serialization, and some people who are fascinated by the new action manga may look for other manga similar to Kaiju No. 8 looking forward to reading the next episodes.

Today, I’d like to introduce 5 best manga like Kaiju No. 8 including the previous action series and the latest ongoing battle manga. 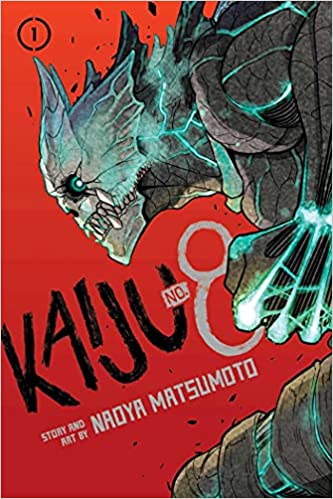 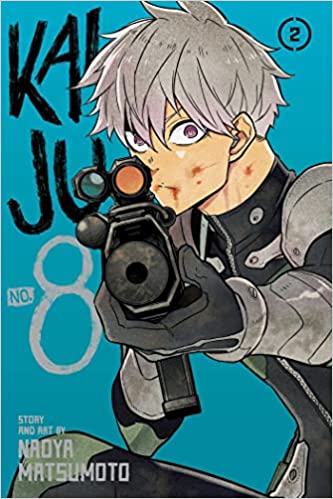 Kaiju No. 8 (怪獣8号), which is also known as Monster #8 on the official publishing platform Manga Plus, has been serialized on the Japanese manga publishing website Shonen Jump Plus since the first episode was released in July, 2020. It is also published in English on the free web magazine Manga Plus at the same time.

The action manga series, the third manga title by a manga artist Naoya Matsumoto, has a popular theme of superhero mixed with serious natural disasters. Kaiju No. 8 is set in a fictional Japan, where monsters (kaiju) make attacks the most frequently in the world.

The story centers on a 32-year-old man named Kafka Hibino, who almost gives up his dream of eradicating the monsters as a member of the Defense Force. On the other hand, his childhood friend Mina Ashiro realizes her dream becoming one of the most powerful soldier in the Defense Force.

One day, Kafka, who works as a Monster Sweeper instead of the defender, gets the ability to transform himself into a monster by swallowing a small monster-shaped creature unintentionally. The monster turned from him is called Kaiju No. 8.

In addition to the two main characters, there are various unique characters including newcomers in the Defense Force and other strong leaders. Kaiju No. 8 mainly depicts a Kafka’s growing-up story, who is circumstanced to cover up his identity as Kaiju No. 8.

Kaiju No. 8 will get more and more popular worldwide, which will result in its anime adaptation.

▷Read Kaiju No. 8 on the official website Manga Plus right now!

▷Kaiju No. 8 vol.1 in English is now available on Amazon.com finally!

One-Punch Man (ワンパンマン) is one of the most popular action manga series all over the world, which is really similar to Kaiju No. 8. Both manga have the theme of superhero with comedy. One-Punch Man, written by ONE, was first released by online in 2009 and has been serialized on Tonari no Young Jump with a manga artist Yusuke Murata since 2012.

A variety of vicious monsters attack the earth in One-Punch Man, and powerful superheroes take on the enemies with their unique abilities. What is interesting in One-Punch Man is how the main character named Saitama is presented, who looks a seemingly ordinary man but has the strongest power in all heroes. On the other hand, Kafka in Kaiju No. 8 has just a modest talent.

Chainsaw Man (チェンソーマン), now one of the hottest manga, started on Weekly Shonen Jump in 2019 and its first part was completed in the end of 2020. The next story re-started with Academy Saga on Shonen Jump Plus from July, 2022, and the anime series will be adapted by the anime studio Mappa.

For fans of Kaiju No. 8, the most popular recent manga Jujutsu Kaisen (呪術廻戦) is highly recommended to read. The dark-fantasy action manga, written by Gege Akutami, has been serialized on Weekly Shonen Jump since 2018, followed by anime series and anime movie adaptations.

Jujutsu Kaisen focuses on a pink-haired high school boy Yuji Itadori who has an incredible athletic ability. He gains a curse power and entries Tokyo Metropolitan Magic Technical College after gulping a finger of the king of curse which is called Sukuna. A part of Sukuna lives inside of the body of Yuji, which is why the curse sometimes takes over Yuji’s entire body as Kafka can transform himself into Kaiju No. 8.

My Hero Academia (僕のヒーローアカデミア), one of the most famous and popular superhero manga series worldwide, is a top recommendation if you like Kaiju No. 8 and other action manga. It has been one of the faces of Weekly Shonen Jump since its serialization started in 2014. There are several seasons of the anime series for its popularity.

There are various powerful superheroes with their unique characteristics called Quirks in My Hero Academia, and they battle against the opposite characters called Villains. The action manga centers on a young boy named Izuku Midoriya, who is given the special Quirk One For All by the legendary hero All Might. If you want to see more intense battle scenes like in Kaiju No. 8, you will like My Hero Academia.

Tokyo Ghoul (東京喰種トーキョーグール) is a popular horror and dark-fantasy manga series mixed with action and science fiction, which is similar to Kaiju No. 8. It was serialized on Weekly Young Jump between 2011 and 2014 and the second part Tokyo Ghoul:re followed it in 2014-2018.

Tokyo Ghoul is set in a fictional modern Tokyo and focuses on what is called Ghouls. They look like ordinary humans but subsist on human flesh as food. The story begins when a main character Ken Kaneki becomes a half-human, half-Ghoul for an accident. It can be also said Kafka is half-human, half-monster in Kaiju No. 8, and both characters experience a tension between the two positions.

Did you enjoy the manga list like Kaiju No. 8 above? Kaiju No. 8 should be added to your book list if you are a fan of manga and anime. Those 5 recommended manga similar to Kaiju No. 8 are also worth reading now, of course.

For more recommendations about manga, anime and other Japanese pop culture, check these below, too!